WE ARE OPEN!
GIVE US A CALL TO SCHEDULE AN APPOINTMENT

WE ARE OPEN. GIVE US A CALL TO SCHEDULE AN APPOINTMENT 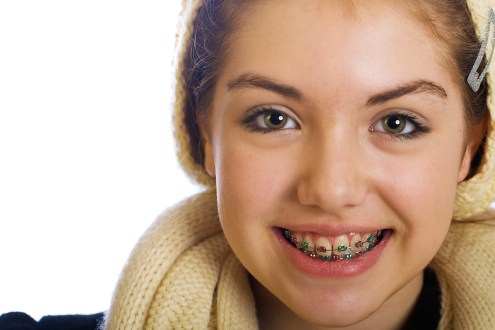 Orthodon&c problems in children can be addressed as early as 5 years. Some&mes early interven&on can prevent long orthodon&c treatment later on in life. The most important things to look out for are habits that some children might have like thumb sucking. These habits can cause skeletal imbalance and can be treated very eﬀec&vely early on.

Orthodontic problems in children can be addressed as early as 5 years. Sometimes early intervention can prevent long orthodontic treatment later on in life. The most important things to look out for are habits that some children might have like thumb sucking. These habits can cause skeletal imbalance and can be treated very eﬀectively early on.

What is Interceptive Orthodontics?

Interceptive orthodonics is a phased type of orthodontics which is the practice of extracting malocclusions once they are detected in an attempt to avoid adult malocclusion. Tooth growth is used to address developmental occlusion problems. This is done in two situations – by retaining deciduous teeth, and where there is malocclusion in the deciduous teeth and extracting these teeth can allow the patient to correct itself during the growth phase.

Interceptive orthodontics is oHen the ﬁrst phase. It may not prevent the need for braces, retainers, or other orthodontic treatment in later years but it can minimize the second phase of treatment. Phase two will start when all the permanent teeth have erupted at 12 to 14 years. The second phase will be shorter in duration since there will be minimal corrections to be made. In this phase, skeletal development problems are corrected. Phase two is also sometimes used to correct problems resulting from oral habits, such as thumb sucking and paciﬁer habits. If these habits persisted aHer the child reaches the age of three, the following are likely to occur:

Early orthodontic treatment may prevent serious problems from developing and may make treatment at a later stage shorter and less complicated. Early treatment gives your orthodontist the chance to:

Why Your Child Needs Interceptive Orthodontics

Interceptive orthodontics improves malocclusions aside from improving the child’s appearance. Malocclusions occur due to a tooth or jaw misalignment. It aﬀects the way a child chews, smiles, cleans his teeth or even how he feels about his smile. Crowded teeth can make it diﬃcult to brush and ﬂoss the teeth. This can later on lead to tooth decay and periodontal disease. Meanwhile, protruding teeth are prone to accidental chipping. Unfavourable growth and uneven tooth wear may result from cross bites while tongue-thrusting habits and speech impediments may result from open bites.

To prevent unwanted incidents from happening and for proper bite and jaw alignment and have your kids’ teeth formation checked during dental visits to ensure proper bone alignment and tooth growth. Removable appliance therapy for children (plates and retainers). Removable appliances can be used to correct mal-occlusions in kids from a very early age. Some of the most common problems that can be treated are prolonged thumb sucking and dummy sucking, as well as other habits eﬀecting the development of the teeth and face. These appliances need be worn for 3-6 months.

The cost of removable appliances is signiﬁcantly less than ﬁxed braces, and can also prevent long and invasive treatment later in life.

METAL BRACES FOR CHILDREN AND TEENS

These still remain the most popular type of braces and provide a very eﬀective solution to the many orthodontic problems that exist. Relative to their predecessors, the metal ﬁxed appliances are much smaller, thinner and easier to clean. The placement of these ﬁxed appliances is simple, pain free and takes approximately 20 minutes per arch. The braces are usually adjusted every 6 weeks.

There is some discomfort in the days following the initial placement and the subsequent adjustment of these braces, however, most people do not need to take any pain relief. For the small proportion of people who do, it is eﬀectively controlled by mild pain killers e.g. paracetamol or nurofen or whatever you would take for a mild headache. The duration of metal ﬁxed appliances ranges from between 4 to 24 months depending on the complexity of the bite.

These are the second most popular type of braces. Because of their clear-tooth coloured appearance, they are popular with patients who wish to minimize the visual eﬀect of braces. The brackets (the part of the brace that is glued onto each tooth) diﬀer from the metal ﬁxed appliances as these are made from a tooth colour ceramic material.